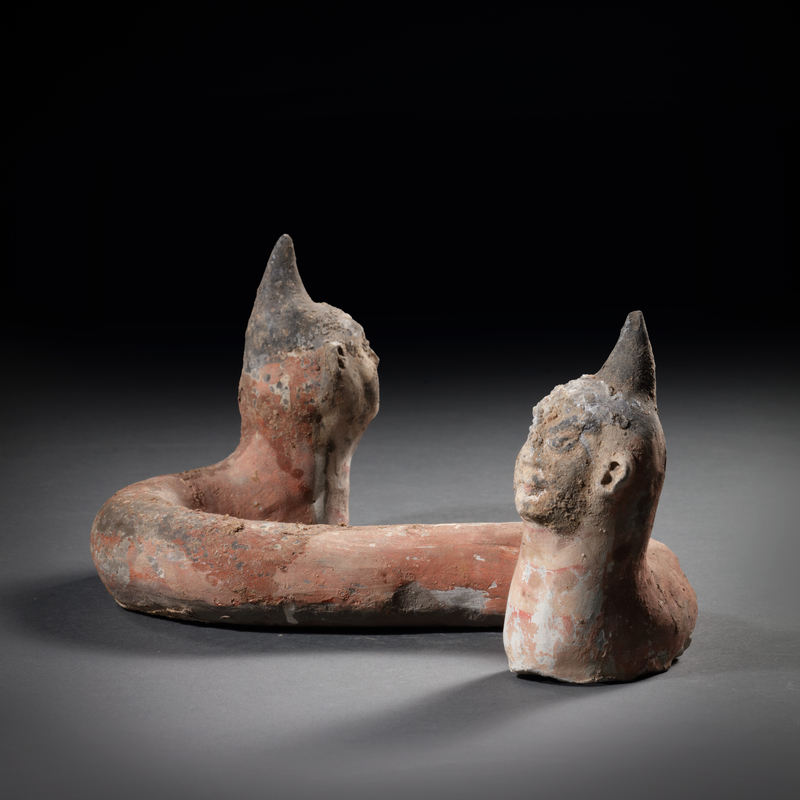 This unusual painted grey pottery double-headed serpent possibly represents the primordial Chinese deities Nuwa and Fuxi. The red body of the snake has an S-shape and ends in two humanoid heads with a curved antler painted black.

Nuwa and Fuxi are part of one of the Chinese foundation myths. Unlike many monotheitistical religions, there are several foundation and creation myths in Chinese culture. Nuwa and Fuxi, brother and sister, are depicted as the creators of mankind and culture, who married and (re)populated the world. Nuwa created clay figures, which were brought to life, and Fuxi taught manhood the domestication of animals, cooking, fishing, hunting and playing music, setting down the order of the world and Chinese culture. Nuwa and Fuxi are often portrayed as two figures with a human-like upper body and a serpent-like lower body, intertwined with each other.

A similar snake with two human heads was unearthed in the tomb of Emperor Yang and his Queen of the Sui Dynasty in Yangzhou in 2013. 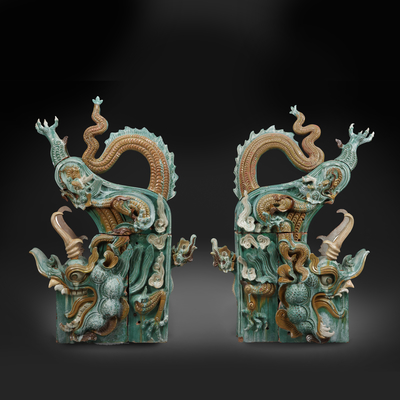 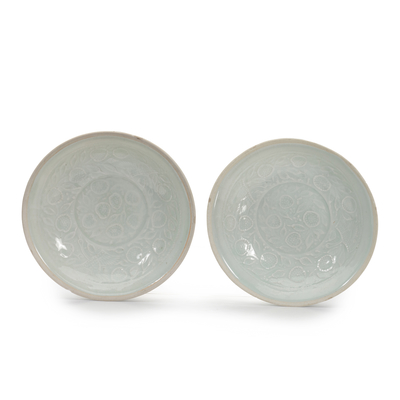 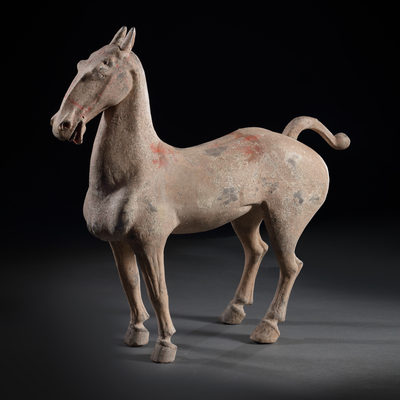