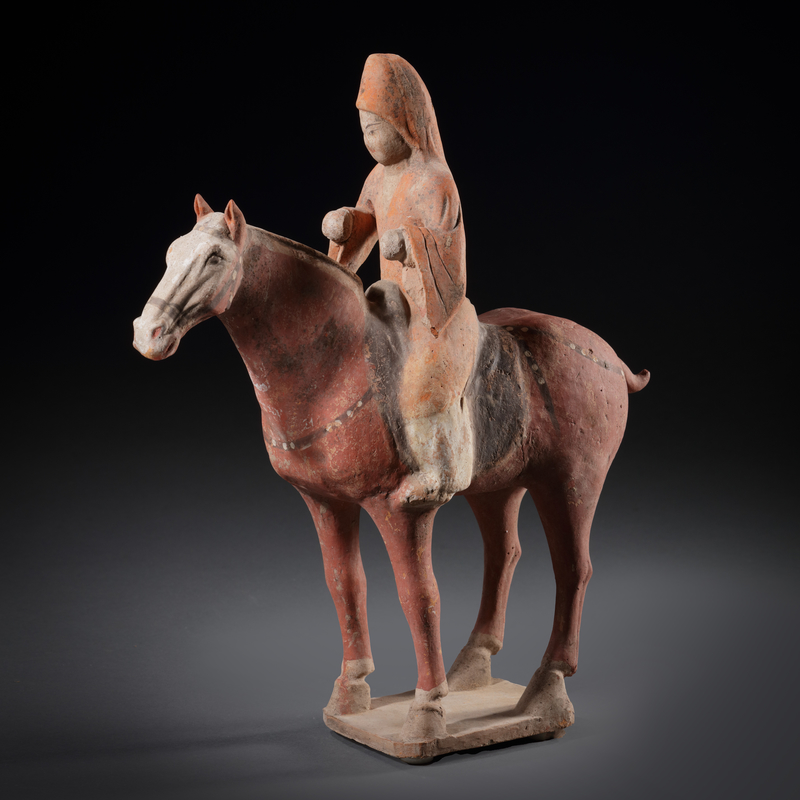 The red pottery horse stands four-square on a rectangular base. The horse is painted with red, black and white pigments. The rider is wearing an orange jacket and white pants, with his hood on his head. The reins that he had in his hands decayed over time.

The horse and rider were part of the burial rituals in the Chinese Tang Dynasty. High-ranking persons were buried with mingqi  'spirit goods'. It was believed that life after death was a continuation of the present life, and therefore the deceased was provided with all the objects necessary to continue living after death, such as terracotta animals, food, clothing, valuables, as well as warriors, musicians and guardians. The tombs were designed architecturally so that, together with the objects, they provided both a comfortable final resting place as well as a safe journey for the deceased into the afterlife. Ancestor worship was very important, for the welfare of the deceased and for the welfare of the entire family. In the period of the Tang Dynasty the number of objects that could be included in tombs depended on the individual's rank.

The Tang dynasty was one of the greatest dynasties in the history of Imperial China. The borders of the country expanded, the arts flourished and the trade, particularly the Silk Road, brought wealth and new ideas into China. The central capital, Chang’an, was a cosmopolitan and multicultural home to over two million people. The reforms and advancements of this period are an important part of the foundation of Chinese culture and policies, and are still visible in today's China. 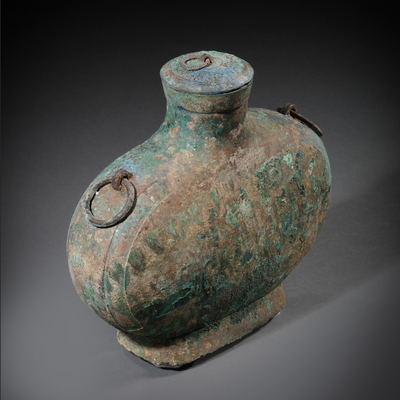 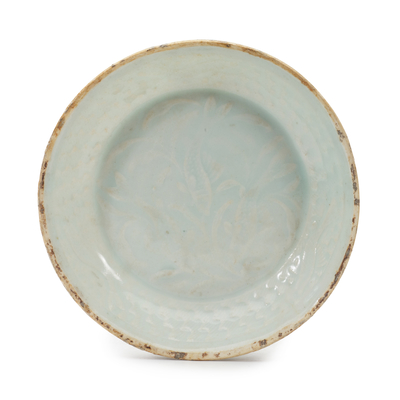 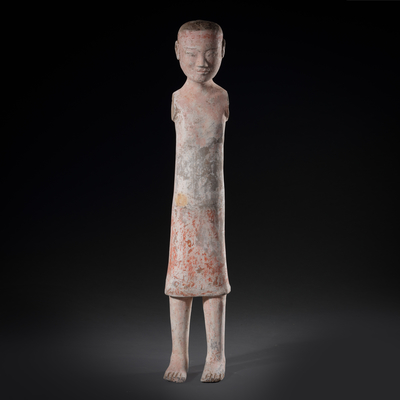