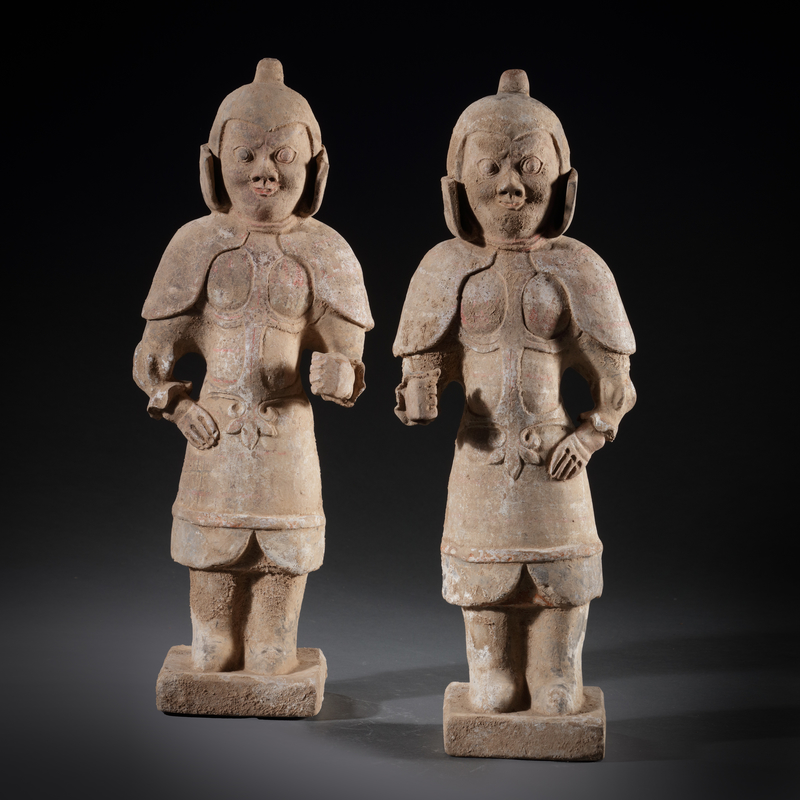 Each molded in mirror image of the other, each with legs together and firmly planted on a square shaped base, dressed in layered armor and fitted helmet with upturned edges and topped by a finial, the deeply carved face with traces on black white and red pigments, and surface encrustation all over. Originally, they held weapons in their hands, like swords or spears, that decayed over time.

The guardians are part of the burial rituals in the Chinese Tang Dynasty. High-ranking persons were buried with mingqi  'spirit goods'. It was believed that life after death was a continuation of the present life, and therefore the deceased was provided with all the objects necessary to continue living after death, such as terracotta animals, food, clothing, valuables, as well as warriors, musicians and guardians. These two terracotta guardians are meant to protect the deceased. The tombs were designed architecturally so that, together with the objects, they provided both a comfortable final resting place as well as a safe journey for the deceased into the afterlife. Ancestor worship was very important, for the welfare of the deceased and for the welfare of the entire family. In the period of the Tang Dynasty the number of objects that could be included in tombs depended on the individual's rank. 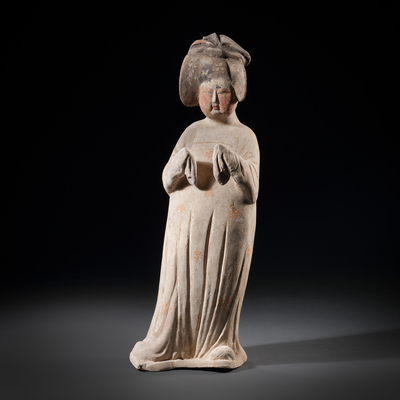 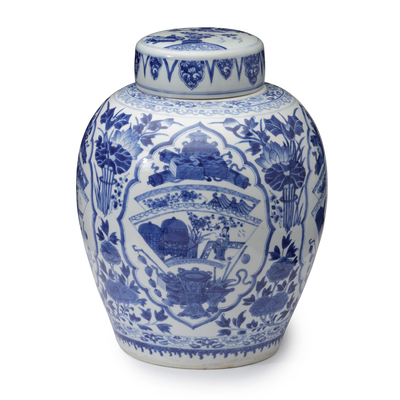 Blue and white jar and cover 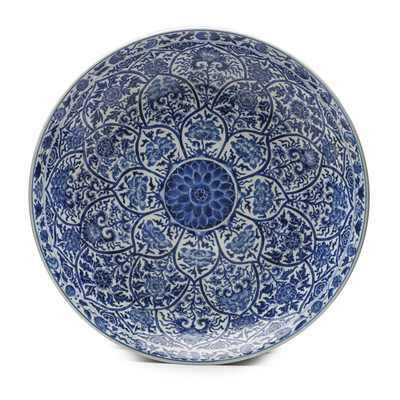