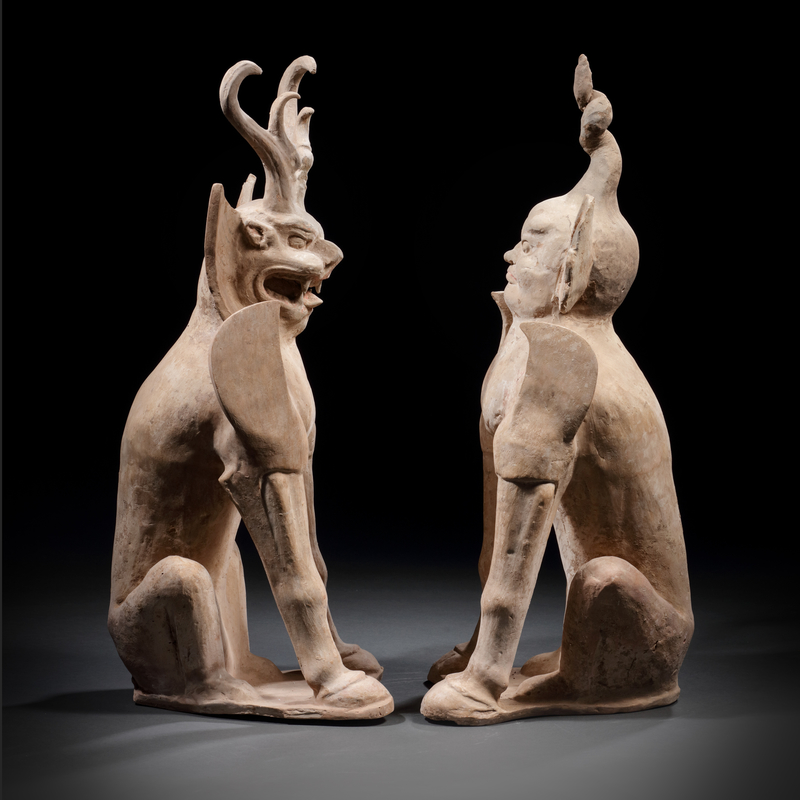 This pair of earth spirits, Zhenmushou, functioned as tomb figures. The hybrid creatures would have been placed facing each other, protecting the tomb and the deceased from any evil intruders and spirits, and are composed of various animal and human parts. The large horns, ears, grimaces, fangs, piercing eyes, painted stripes and posture add to the scary and defending nature of the earth spirits. One of the earth spirits has the head of a feline, with large curled antlers, opening his mouth in a roar, the other has a human-like face, with a curled horn and large, outstanding, ears. Both of the spirits have the legs and hooves of a horse, with wings on their shoulders. They are sitting on all fours, and traces of the original paint can be seen, especially on the body and ears of the spirit with a turned horn.

The combination of the fiercely roaring spirit and the other spirit whose big ears heard every little noise, made sure that the departed soul was safe. These kind of Zhenmushou are sometimes called Bixie (with two antlers) and Tianlu (with one turned horn). The practise of including this kind of guardians as tomb figures began in the Northern Wei Dynasty and continued into the Tang Dynasty. The spirits evolved from antlered creatures to pairs of creatures with a lion or tiger face and a human face. The Zhenmushou were accompanied by pairs of standing warrior figures.

Similar examples date to around the mid-eight century and have been recovered mostly from the area near the Tang-dynasty capital of Chang’an. 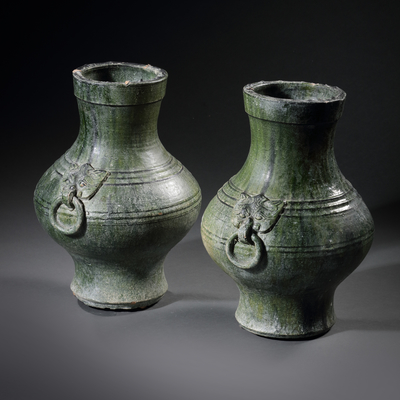 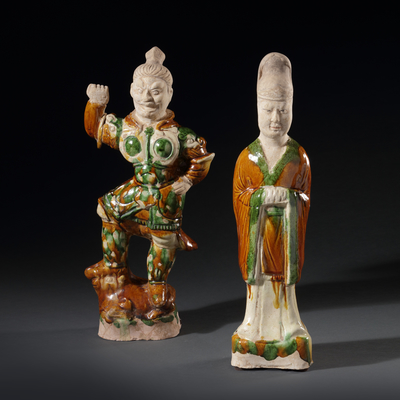 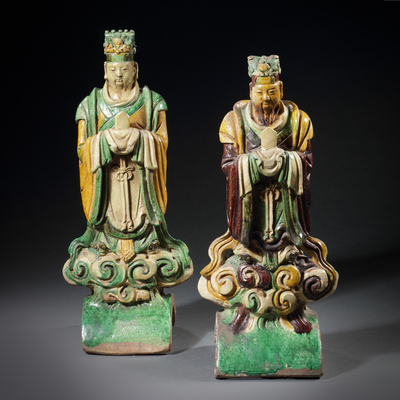