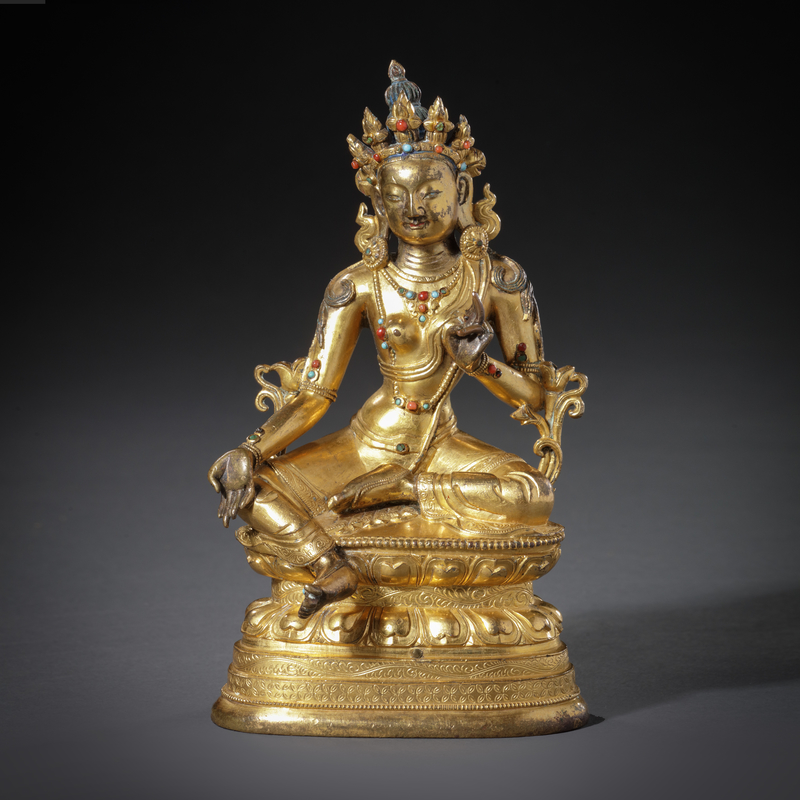 A gilt bronze figure of Green Tara, seated in lalitasana on a double-lotus base, her hands in vitarkamudra, adorned in various jewelry and flanked by lotus blossoms. Her serene face is surmounted by a foliate tiara. The figure is inlaid with hardstone and coral.

Tara is a Buddhist goddess, and the femine counterpart of the bodhisattva Avalokiteshvara, or Guanyin. In her origin story she is believed to be formed from a single tear of Avalokiteshvara. The tear fell to the ground and formed a lake, in which a lotus rose up; inside the lotus was Tara. She is a protection goddess of navigation and travel, on earth as well as along the path to enlightenment, and manifests in many different forms. The Green Tara is believed to be incarnated as the Nepali princess Bhrikuti; and considered by some the original Tara. She is often shown seated on a lotus throne, wearing the ornaments of a bodhisattva. She is widely popular in Tibet and Mongolia. 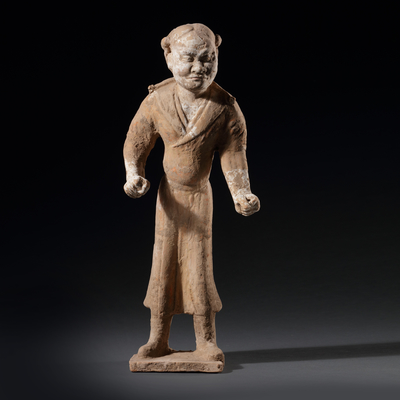 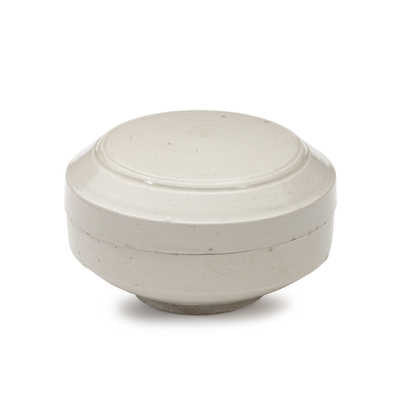 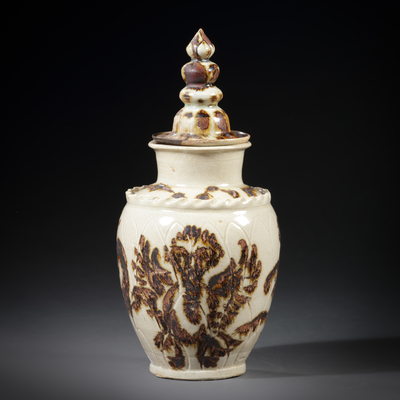