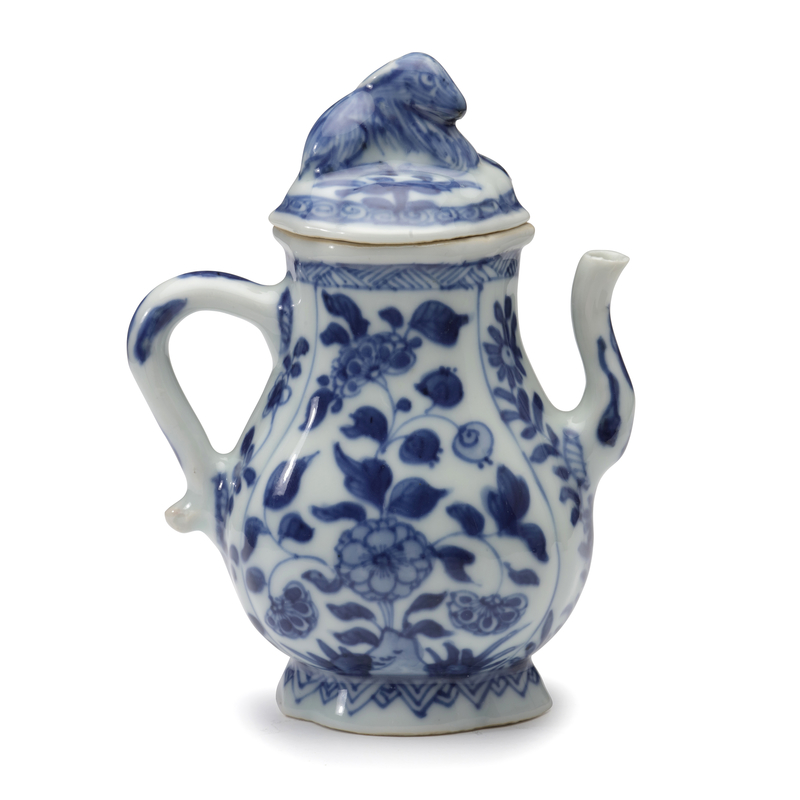 This blue and white Kangxi porcelain teapot is decorated with elegant floral sprays in panels, the rim decorated with geometrical patterns. The oval teapot has a curved spout and handle. The very unusual cover, decorated with flowers, has a hare with his ears down sculpted on top. The hare is the fourth animal in the Chinese zodiac, and the lucky animal symbolizes elegance, beauty and mercy.

Tea has been playing an important part in Chinese culture and rituals for more than 2000 years. Recent discoveries proved that tea was used as an imperial beverage in the early Han dynasty, 2nd century BC. In the centuries that followed, tea became more and more available for the whole population, and during the Tang dynasty (618 - 907), under influence of Buddhism, drinking tea became an important part of everyday life. At first, tea was mostly prepared from compressed bricks of powdered tea. Over time, this evolved into the use of loose tea leaves which made teapots for steeping necessary. The Chinese tea, and porcelain teawares, turned out to be popular export products and in high demand in both Japan and Europe during the Qing dynasty. 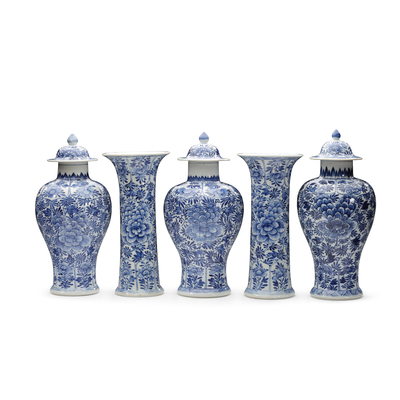 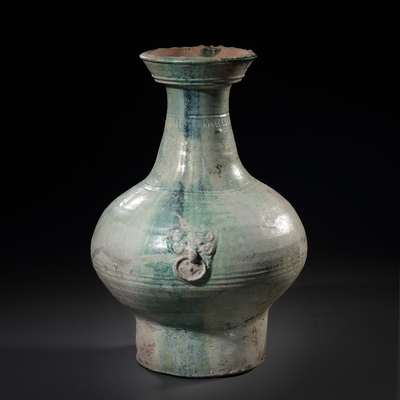 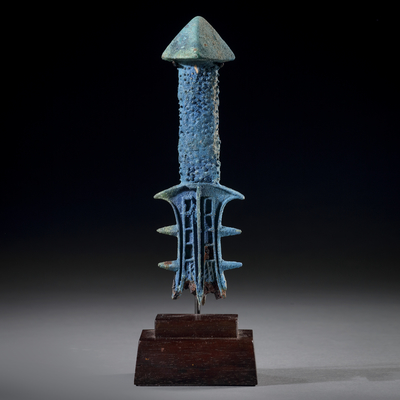