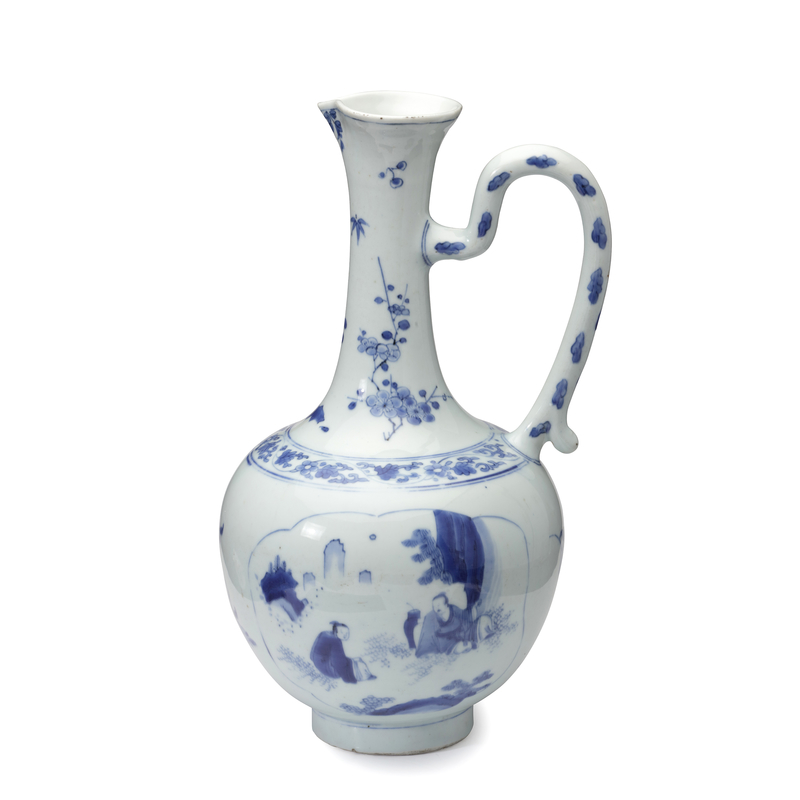 This bottle-shaped ewer is decorated in a good blue in the high transitional style of the Chongzhen period. It has a tall and slender neck with a lip-spout and a long, high-curved, handle. On the belly of the ewer are two cloud-shaped cartouches; one with a scholar sitting in front of two large wine jars with a servant, the other with a landscape with three children playing with firecrackers. Two of the boys are protecting their ears with their hands, the other boy is lighting a firecracker. The grass is made of v-shaped ticks, a popular way of portraying grass between 1634-1643. Between the cartouches are branches of flowers. The shoulder of the ewer has a scrolling border with leaves and flowers, with a double rim. On the neck are sprays of flowers, in the same style as on the belly. The handle of the ewer is decorated with a line of clouds.

This type of porcelain, called ‘transitional porcelain’, was manufactured in the turbulent years during and after the transition from the Ming Dynasty to the Qing Dynasty. During this period the Ming system of large-scale manufacturing Imperial ware collapsed, and a new market for the high-quality porcelain was found in both the domestic rich merchant class as in the foreign trade. Without the imperial rules and with a whole new demand, the style of porcelain changed majorly: a more free approach was taken and most of it was painted in underglaze cobalt blue on white. The absence of the Imperial patronage resulted in a diverse production. The illustrations were influenced by other genres, like woodblock illustrations in books, which were often used as inspiration or copied. The period of the Transitional porcelain lasted from 1620-1683 and ended when the new Qing Dynasty resumed large-scale use of the Jingdezhen kilns and workplace for official wares under the Kangxi emperor. 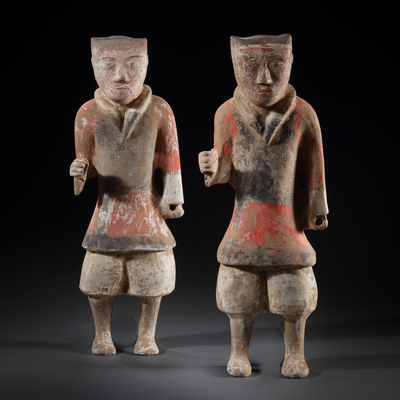 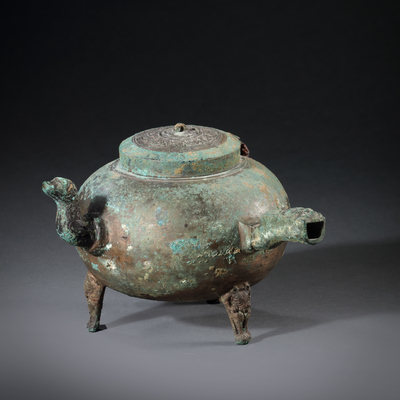 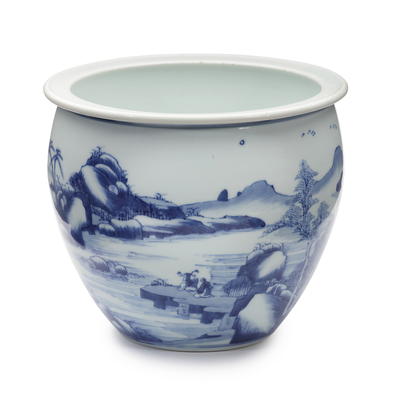