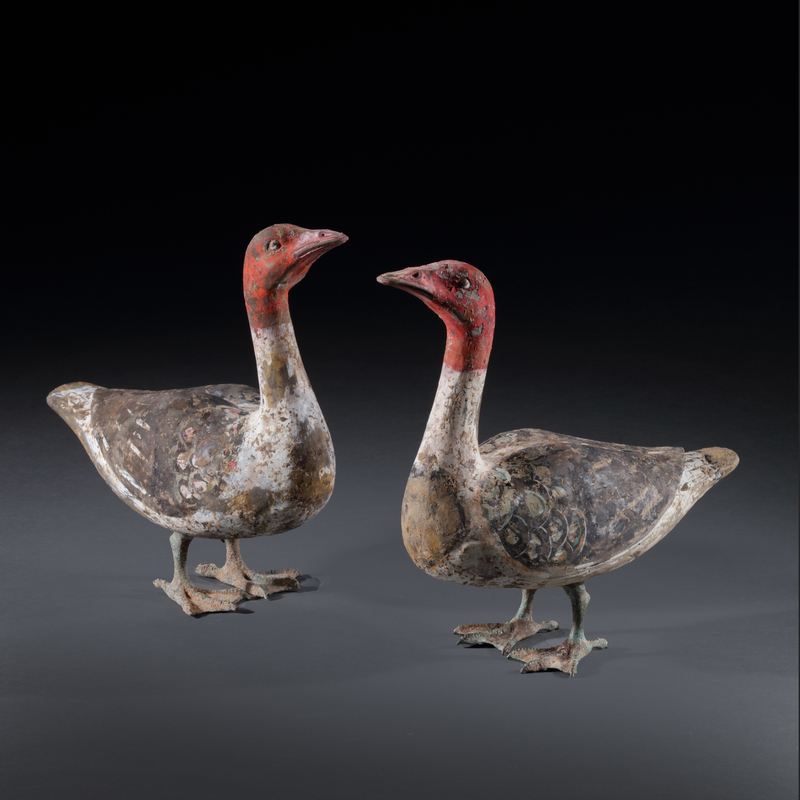 Each sculpture naturalistically modelled as a standing goose, looking upward. They are painted with chalky red, white and black mineral pigments. The geese are standing on bronze feet.

These geese are mingqi, 'spirit goods' belonging to the burial rituals in the Chinese Han Dynasty. High-ranking persons were buried with various everyday objects; it was believed that life after death was a continuation of the present life, and therefore the deceased was provided with all the objects necessary to continue living after death. Thus, terracotta animals, such as these geese, and camels, horses and cattle were given, as well as food, clothing, and valuables. Some of the animals, like these geese, were meant to be eaten in the next life, others were meant to labor. The tombs were designed architecturally so that, together with the objects, they provided both a comfortable final resting place as well as a safe journey for the deceased into the afterlife. Ancestor worship was very important, for the welfare of the deceased and for the welfare of the entire family.

The Han Dynasty (206 BC to 202 AD) was one of the most important cultural periods in Chinese history. The Han rulers centralised and unified the area, with an extensive bureaucracy and the introduction of Confucianism. The arts flourished; the riches brought into the country by the Silk Road were used to create the most beautiful and refined objects made of gold, silver, bronze and jade. This rich culture was particularly evident in the ancestral and burial rituals, the remains of which provide us with a special insight into beliefs about life and death. 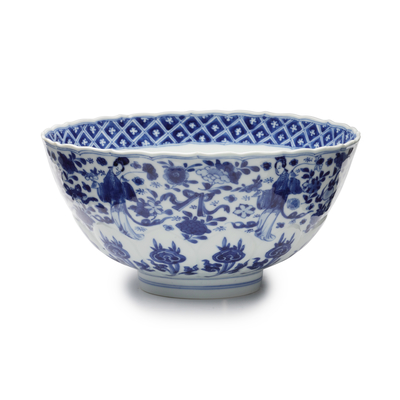 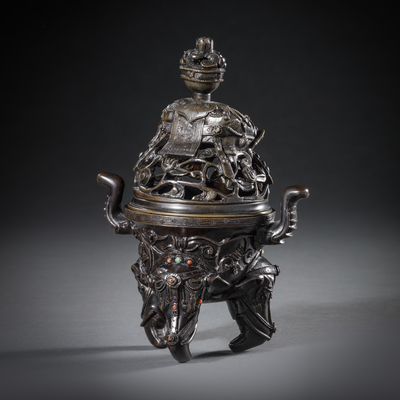