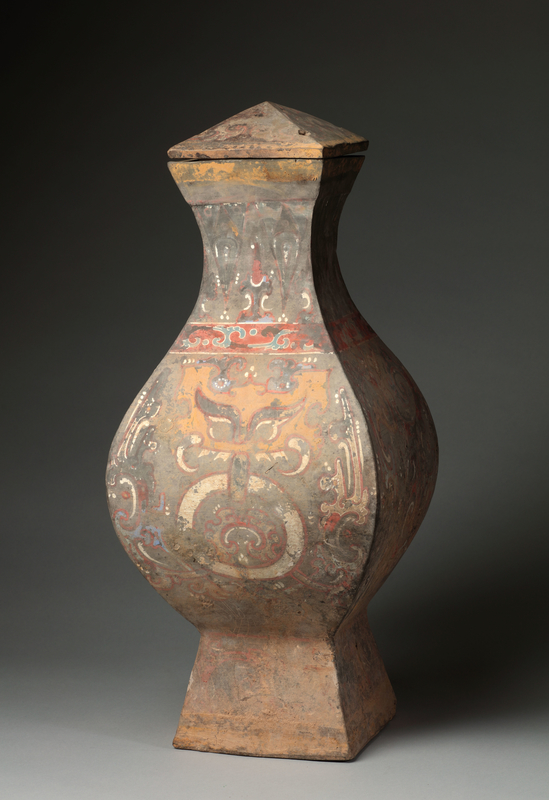 A Japanese collection prior to 1994

The square pear-shaped body and tall tapering foot are outlined in red, lavender and white pigments with sweeping cloud motifs interspersed with taotie-masks suspending rings highlighted in yellow on two sides. The neck is painted with a narrow band of cloud motifs below a band of pendant blades and the cover is of pyramidal form.

William Watson illustrates a fanghu in his publication ‘Pre-Tang Ceramics of China- Chinese Pottery from 4000 BC to 600 AD’ (London 1991) that is of similar shape and decoration although slightly smaller. It is dated to the Western Han dynasty, 2nd - 1st century BC. In 1994, the present vase was included in an exhibition of the Tokyo National museum on Chinese ceramics. As written in the foreword of the exhibition catalogue: ‘Japanese people have been admiring and cherishing Chinese ceramics since early times…’ 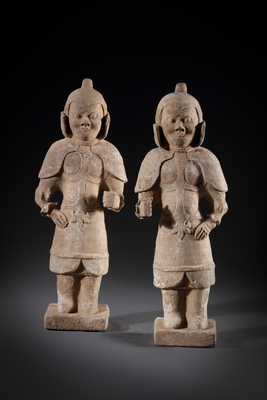 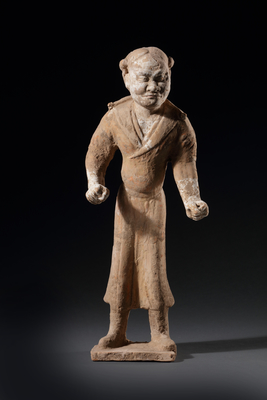 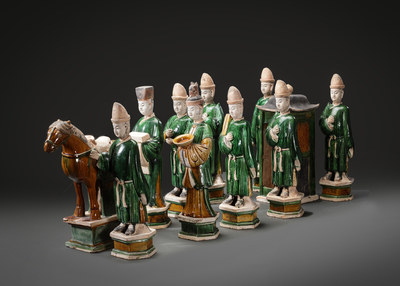